With the extension to London, Amsterdam and Brussels, Nibble confirms itself as the first pan-Mediterranean optical network

Sparkle, the first international service provider in Italy and among the top ten global operators, announced the expansion of the Nibble network to northern Europe during a meeting held at the Sicily Hub in Palermo between Sparkle CEO Elisabetta Romano and Undersecretary of State for Foreign Affairs Manlio Di Stefano.

Nibble is Sparkle's new European network based on “Software-Defined” technology. Built on a 6,500 km photonic backbone, the network today connects Sparkle's two major submarine landing stations in Sicily - Palermo and Catania - with Milan, Marseille, Frankfurt and Paris to the West and with Athens, Istanbul and Tel Aviv to the East.

The connectivity built on different fiber optic backbones ensures maximum reliability and, thanks to cutting-edge DWDM technologies, high performance, low latency and the highest speeds available on the market, with scalable and guaranteed services to meet the growing demand of companies and operators.

By July 2021, Nibble will extend by a further 6,300 km to northern Europe, interconnecting also London, Amsterdam and Brussels, thus reaching a total length of 12,800 km with a redundant network architecture for seamless connectivity from the Mediterranean basin to Europe.

"Sparkle demonstrates once again its pioneering role in the global telecom Industry, reaffirming Italy’s leadership in Europe and in the Mediterranean" declares Elisabetta Romano, Chief Executive Officer of Sparkle. "Today, we can offer our customers instant activation of seamless, secure and ultra-reliable capacity services."

“I am pleased to be the guest of an Italian excellence like Sparkle" comments Manlio Di Stefano, Undersecretary for Foreign Affairs with responsibility for business and digital. "We will continue to work with them and with the entire Italian ICT sector so that our country remains at the European and international forefront in this increasingly strategic area.”

The meeting at the Sicily Hub was also an opportunity to visit the recently renovated Network Operating Center (NOC) which also serves as a 24-hour supervision center for Nibble.

Sicily Hub thus confirms itself as the technological heart and intelligence of the Sparkle network and the main exchange point for Internet traffic in the Mediterranean thanks to its proximity to North Africa and the Middle East and to the connection with all international cables landing in Sicily. By 2022, Sicily Hub will be also the landing point of BlueMed, the new multi-fiber submarine cable that will cross the Tyrrhenian Sea connecting Sicily with Genoa and Milan with up to 50% latency reduction compared to terrestrial cables. 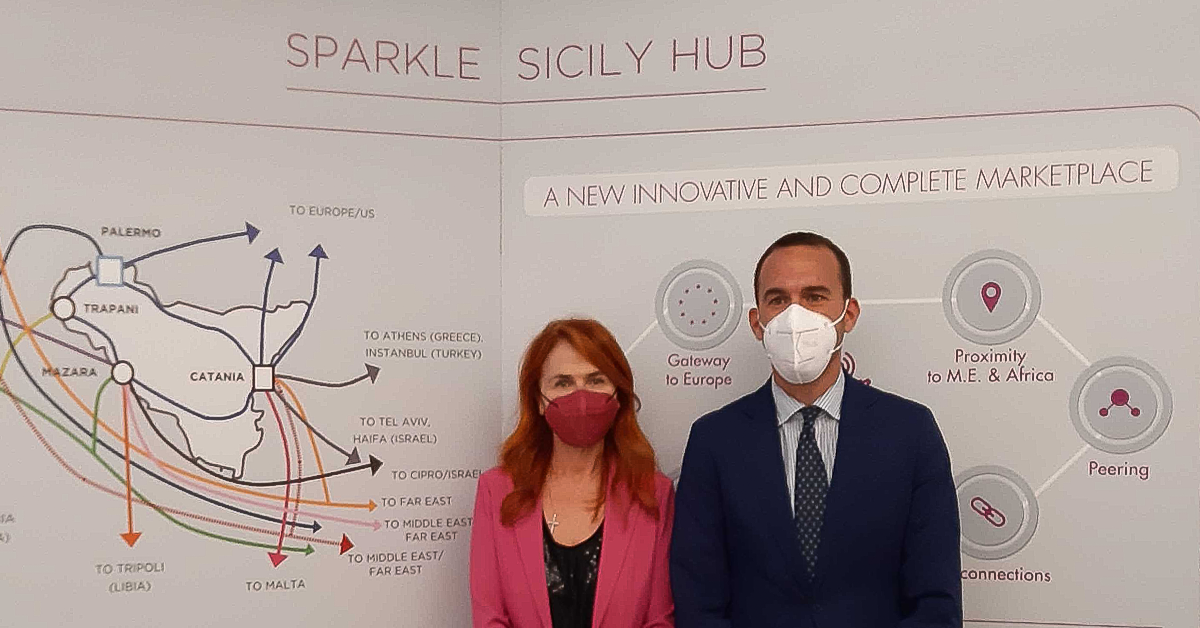