TIM and Sparkle: First Demonstration of Quantum Communication on Optical Fibre Between Three Countries Tested for the G20

An international quantum connection on optical fibre between the cities of Trieste, Ljubljana and Rijeka

TIM and Sparkle have participated in the first public demonstration, at the G20 in Trieste, of an international quantum connection on optical fibre between the cities of Trieste, Ljubljana and Rijeka, thanks to dedicated fibre optic connections.

During the international summit the authorities were able to watch a video call, which used an innovative system of quantum cryptography, and a live concert of three quartets – thanks to the collaboration of the Giuseppe Tartini State Conservatory of Trieste, the Academy of Music of Ljubljana and the Academy of Music of Zagreb – which ‘travelled’ beyond the borders thanks to the infrastructure developed by TIM and Sparkle, together with the University of Trieste and the National Institute of Optics of the National Research Council (CNR).

This important test is unprecedented as it was carried out through three network nodes situated in the three countries involved - Italy, Slovenia and Croatia - with fibre optic connections by TIM and Sparkle. In particular, a connection was established for the quantum distribution of cryptographic keys through trusted nodes, a fundamental element to ensure the extension of quantum networks over large distances. The technological solution adopted, with nodes at linear distances ranging from 80 to 100 kilometres between the three countries, used highly innovative quantum communication architectures with high security levels.

This ground-breaking initiative took place within the European context, as part of the EuroQCI project promoted by the 27 Member States and the European Commission, with the support of the European Space Agency, which Italy is contributing to with its research centres. 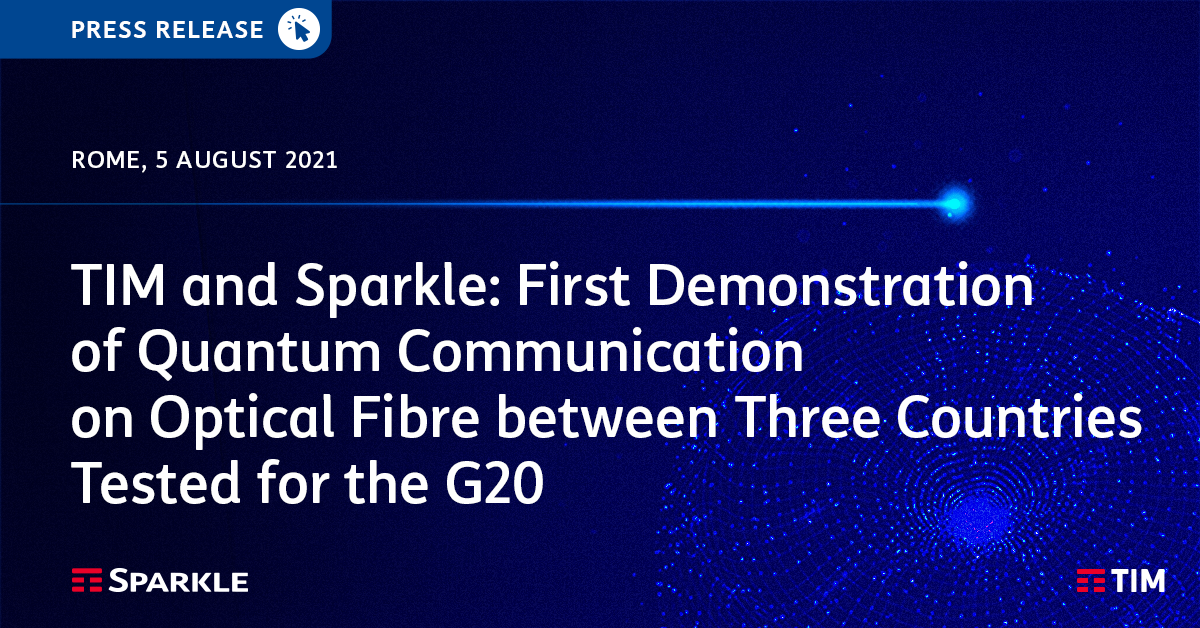