Sparkle, the first international service provider in Italy and among the top global operators, celebrates today the 25th anniversary of Seabone, its global Tier-1 IP Transit backbone providing high-speed access to the Global Internet to ISPs and content providers worldwide. In a quarter century, the network has expanded exponentially, supporting the Internet revolution and keeping the world connected also during the hardest times.

Seabone AS 6762 started its operations in November 1996 - when the first analogue modems connected to telephone lines appeared in the Italian households – establishing the first 45Mb links between Milan, Palermo, Miami and Montreal. Since then, the network has grown in coverage, capillarity and performances, becoming one of the top five Tier 1 Internet networks globally and leader in the Mediterranean basin, Africa, Middle East and Latin America.

Throughout these years, Seabone has evolved hand in hand with the development of Internet, upgrading capacity and improving its performances to support latency-sensitive applications such as video streaming, gaming and live apps. Even during the pandemic, Seabone was able to sustain an unprecedented load of traffic, providing stable and constant connectivity to enable interpersonal communications as well as e-learning platforms, remote long-distance assistance, video conferencing tools for smart working to run uninterruptedly.

Delivered over a 600,000 km proprietary and redundant fiber optic network spanning across Europe, Africa, the Americas and Asia, today Seabone ensures low latency and reliable Internet connectivity with an overall backbone capacity of around 30 Tbps and direct connection to the world's largest content and application providers, Over The Tops (OTTs) and Content Delivery Networks (CDNs). The network is managed through a dedicated 24/7 Global NOC that ensures continuous quality monitoring, effective repair time and SLA management and dedicated customer care for all technical and operations matters.

Mostly, Seabone success has been driven by the many customers that in these twenty-five years contributed to its growth and top positioning in the global ranking.Just 25 years after the first 45Mb connections, today Seabone can support speeds up to 400 Gbps to satisfy the demand of the most “bandwidth hungry” customers who can also benefit from a full set of IP solutions, including DDoS Protection services - which grant the option to protect their networks from attacks – and Virtual NAP - that allows access to the main Internet Exchange Points (IXPs) without the need to build proprietary infrastructures nor bear the costs of colocation.

To celebrate this anniversary, Sparkle has launched a campaign planned on most relevant international publications and on social media as well as other promotional activities dedicated to new clients willing to join Seabone and make a new Internet experience. Click here to discover more. 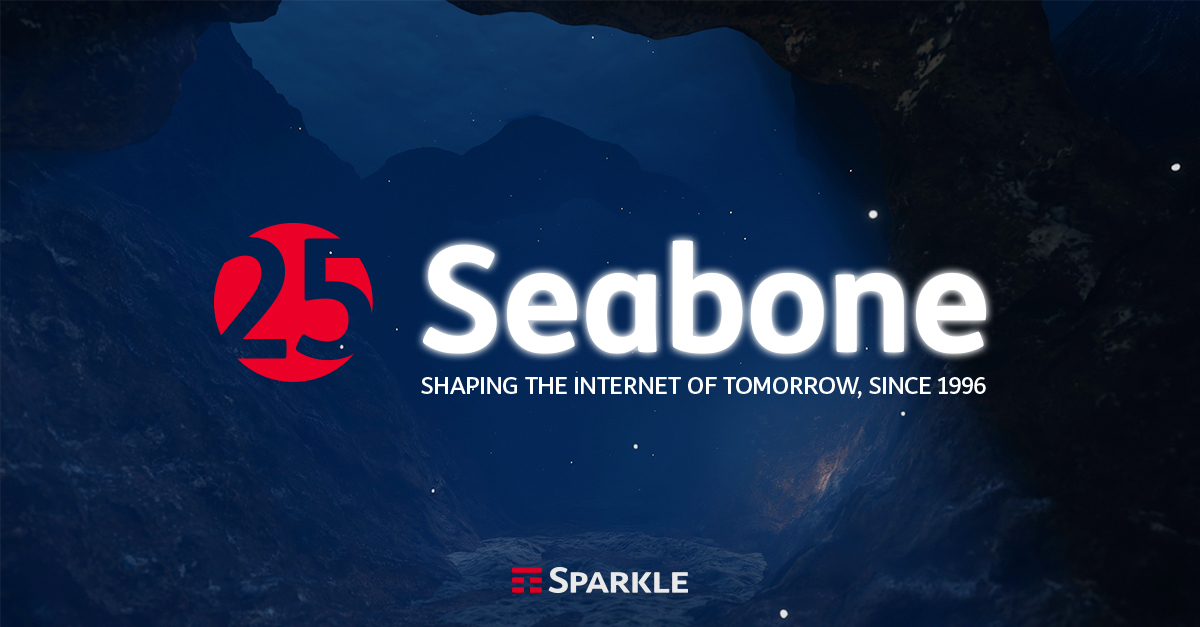